Layers of the Land

When naval lieutenant Richard Sanford returned home from the Vietnam War, immersion in agriculture meant starting over with a clean slate. “It was a curious situation,” he says. “We were rejected by the very culture that sent us to war, and my response was to delve into nature and the environment.” In 1971, buoyed by investors and business partner/botanist Michael Benedict – and driven by memories of a stellar Burgundy sipped a few years earlier – Sanford purchased land

in the western stretches of the Santa Ynez Valley. It was “a spiritual experience,” he recalls. But it also marked a major step forward, it turns out, in Santa Barbara’s own foray into making world class wine.

When he founded Sanford & Benedict Vineyard, Sanford knew that the east-west traverse of the Santa Ynez Mountains was unique. The marine air it funneled inland might suit Burgundian grapes like Pinot Noir and Chardonnay well. But, some topographical know-how aside, this was really an era of speculation and plenty of trial and error.

Sanford bought his first Pinot Noir vines from what was Santa Barbara County’s first commercial vineyard – an experimental plot planted in 1964 in the Tepusquet region of the Santa Maria Valley by UC Davis viticulturists Uriel Nielsen and Bill DeMattei. The only other local wine endeavor was Santa Barbara Winery, the area’s first winery since Prohibition – which Pierre Lafond had founded in downtown Santa Barbara in 1962. “We were buying grapes from San Luis Obispo and making sherry and black muscat,” Lafond remembers. But it was when those Tepusquet vines began to mature in the early 1970s that Santa Barbara’s wine pioneers had the tools they needed to start experimenting, and to start making history.

In 1970, Central Valley grower Louie Lucas, also with Al Gagnon and Dale Hampton, established the 800-acre Tepusquet Vineyard. “We were the leading edge,” he admits, “and any time you go to an area that doesn’t have fruit, there’s a risk.” Within five years, however, the caliber of his chardonnay was luring big-name Northern California buyers like Beringer, ZD and Robert Mondavi.

In 1971, as Sanford’s project began, Lafond himself bought land nearby, and the first crop from his eponymous vineyard sprung in 1975. “A California ag counselor told me to plant grapes that were popular at the time,” he says, which led to some early mistakes. Warm-weather grapes planted in this cool region – Cabernet Sauvignon, most notably – would eventually be pulled. The Pinot Noir and Chardonnay, though, would flourish for decades to come.

The next year, tire magnate Leonard Firestone and his son, Brooks, established their ranch further inland, where a hotter clime allowed Bordeaux grapes like Cabernet and Merlot to shine. They were consulted by legendary wine maker André Tchelistcheff, and guided by thorough weather studies too, “Regardless, you just don’t know until you try it,” says Brooks, “and we definitely took a chance.” Riesling would go onto become the Firestone label’s most awarded wine, though, early Pinot plantings needed to be pulled some 15 years later.

In 1973, farming brothers Stephen and Bob Miller established in Santa Maria what would become one of the county’s most storied vineyards, Bien Nacido. “We were inspired by Bank of America report that said you could never grow enough grapes in California to satisfy consumers,” Steve Miller recalls. To this day, the Bien Nacido name denotes wine grape pedigree. But even the Millers would end up pulling out grapes like Merlot.

Santa Barbara’s first commercial Sauvignon Blanc vineyard was established in 1975, when UC Davis food sciences grad Fred Brander ventured inland, toward Los Olivos, where warm weather favored Bordeaux grapes. “There was no prototype back then, so we were trying a lot of things out,” he recalls, though his wines were already winning gold medals by 1978. The area’s first Syrah grapes went in the ground in 1977, at Zaca Mesa Winery along Foxen Canyon Road, when Cal State Fresno enology grad Ken Brown moved to town. Syrah’s promise was clear to him. “But it was really the promise of Sanford’s young-vine pinots in 1975 and 1976 that captivated me,” he remembers.

Today, most of the early players remain, the industry is booming, and – with dozens of wine grape varieties thriving – diversity is Santa Barbara’s calling card. Brooks Firestone calls it “an American success story.” And as a new wave of young entrepreneurs rolls in, the same attitude of innovation prevails. “We have all the raw materials,” says winemaker Bryan Babcock, whose family bought land in the Sta. Rita Hills in 1978. “Now we must push the envelope, take everything to the next dimension and stay open-minded to our ultimate potential.” 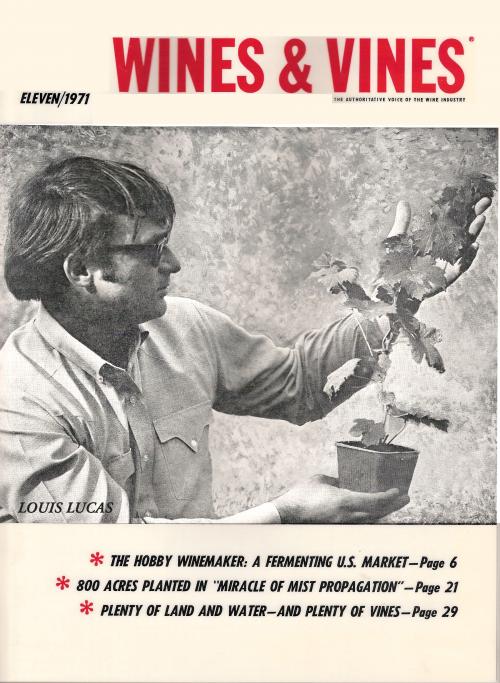